Subscribe to our newsletter and get a 10 % off discount! NEW IN · ESPURNA Shipments 3-8 days

Sílvia Poch is a photographer from Banyoles, Girona, whose ties to the cultural scene have played a substantial role in her making a name for herself. More than a few artists, actors and musicians have posed before her camera, knowing their photos will be one of a kind. Sílvia's photography is able to capture the creative essence that defines many artists and reveals their more down-to-earth, relatable side. She warmly invites us to take a closer look at the stars we usually see on a faraway stage or through a screen.

She also snaps shots of anonymous strangers, produces news reports and dedicates time to personal projects, all of which allow her to discover and experience new facets and parts of society. She works passionately and learns something new every day. And the result is that much better for it.

Speaking with Sílvia was an exciting opportunity to hear her story and witness and experience her art through her eyes.

Sílvia, describe yourself in three words
Energetic, affectionate and enthusiastic. 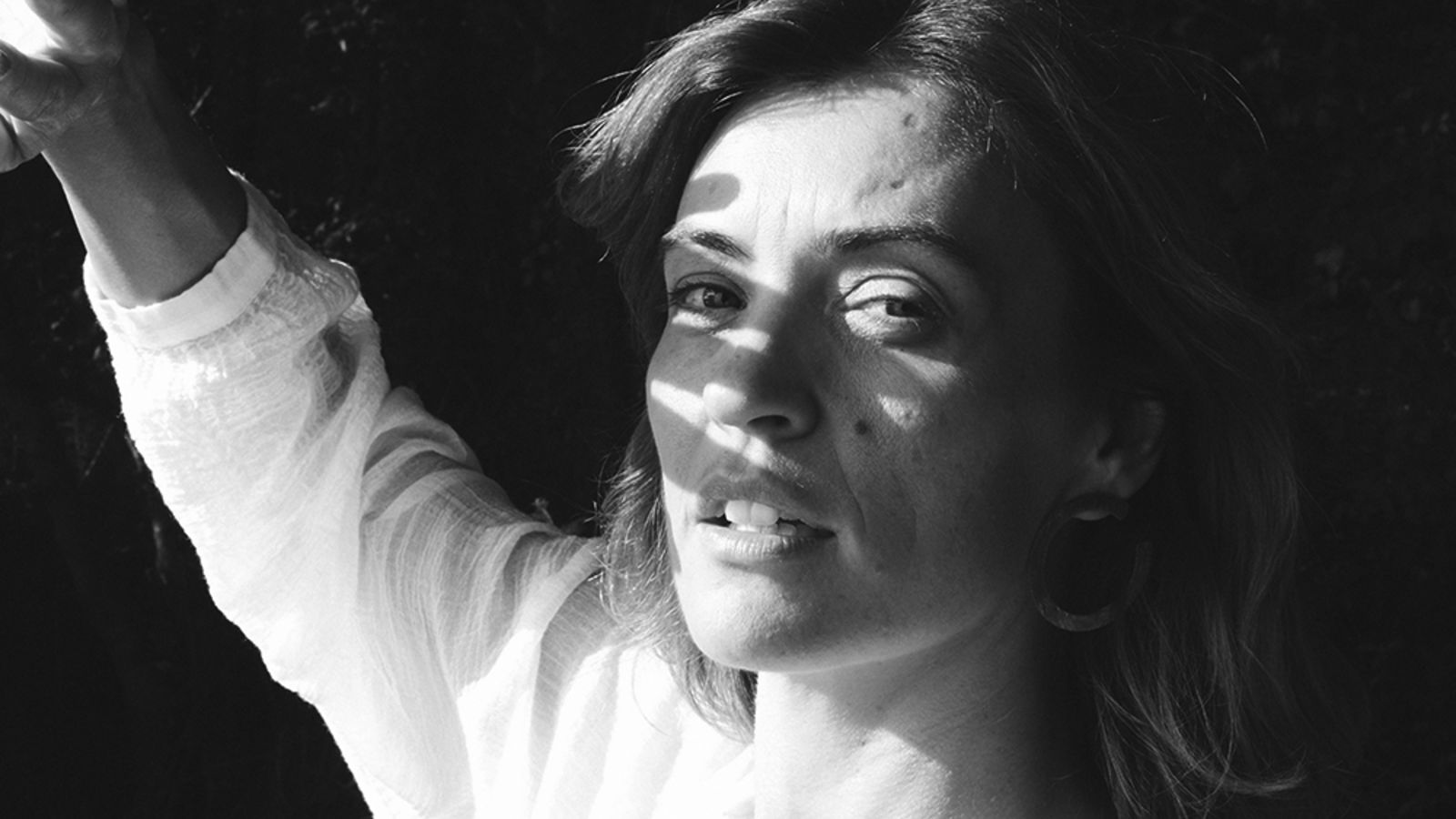 Could you summarize your artistic career for us?
When I first picked up a camera, I took photos of my surroundings and the people nearest to me. During the interview for my very first gig as a photographer, I said that I knew how to take certain product photos that I really didn't know how to take. Ha! But I knew I'd figure it out and I actually ended up working with those people for almost a decade. I've met many artists over the years because I'm easily enticed to join a party and I love music and the theater. Actually, many of the people whose photos I've taken are now good friends of mine, and, well, your friends are likely to pass your name along to others, aren't they? Besides that, I think Lady Luck plays a big part in the whole process too. 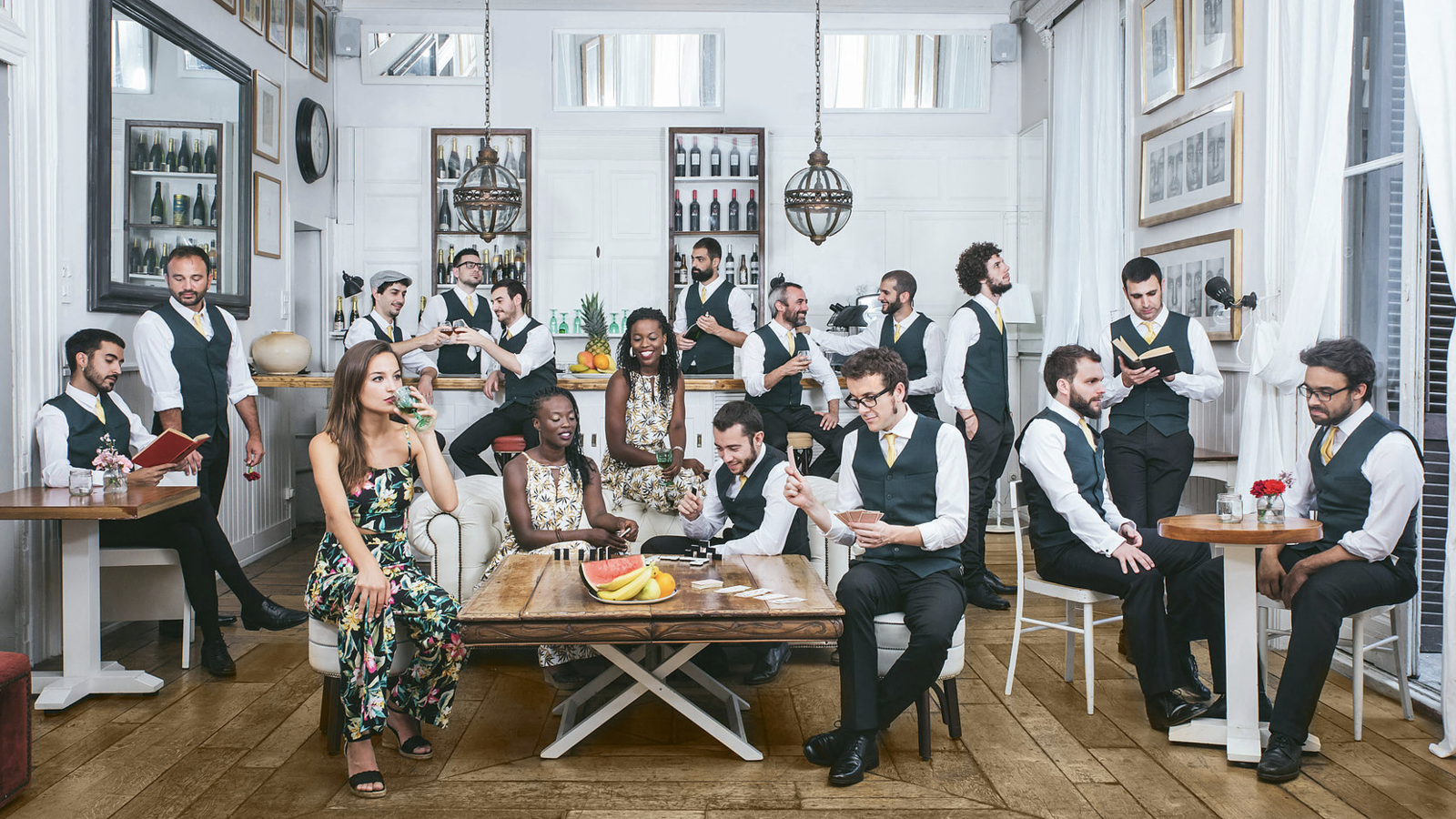 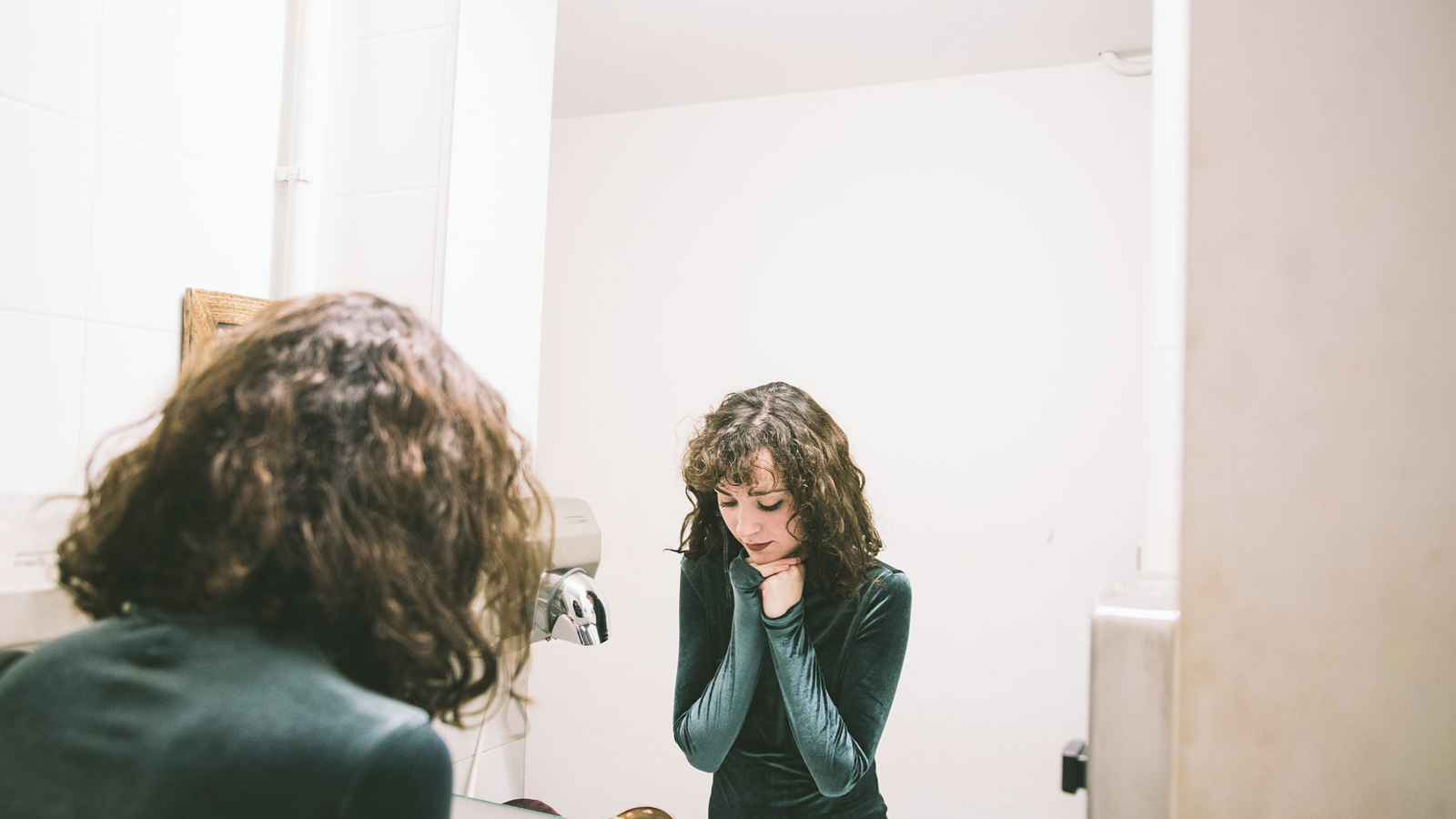 When did you realize that you wanted to devote yourself to photography?
I haven't always had a glamorous relationship with photography. I think it was instinct that drew me to take up a general interest in imagery before going on to study image and sound in Barcelona. That was twenty years ago! My studies introduced me to the technical side of things, which was still analogical then. I had no idea that my first photos were foreshadowing a full-on career in photography years down the road.

Who is your inspiration?
I don't have any real idols. I admire more than a handful of photographers with highly diverse styles, but I try not to mimic them. Just saying it out loud makes me realize the frustratingly impossible task it can be. There are a few photographers I find truly striking, such as Nan Goldin, Sally Mann, Rineke Dijkstra, Alec Soth, Irving Pen, Richard Avedon and Martin Parr. Then there are those from closer to home, like Cristina GarcÃ­a Rodero, Ricardo Cases and Txema Salvans. My inspiration even comes from friends of mine, NoemÃ­ ElÃ­as and Kiku PiÃ±ol being two good examples. These are the names that come to mind today; tomorrow could be another story.

How would you define your photographic style?
I wouldn't know how to define it exactly, but for now I like my photos to exude simplicity, subtlety and authenticity. One thing that has become clear to me is that I need to bond with my subjects, even just a little. I can photograph someone without getting to know them, sure, but the experience isn't as enjoyable. I almost always wrap up my shoots with a hug. 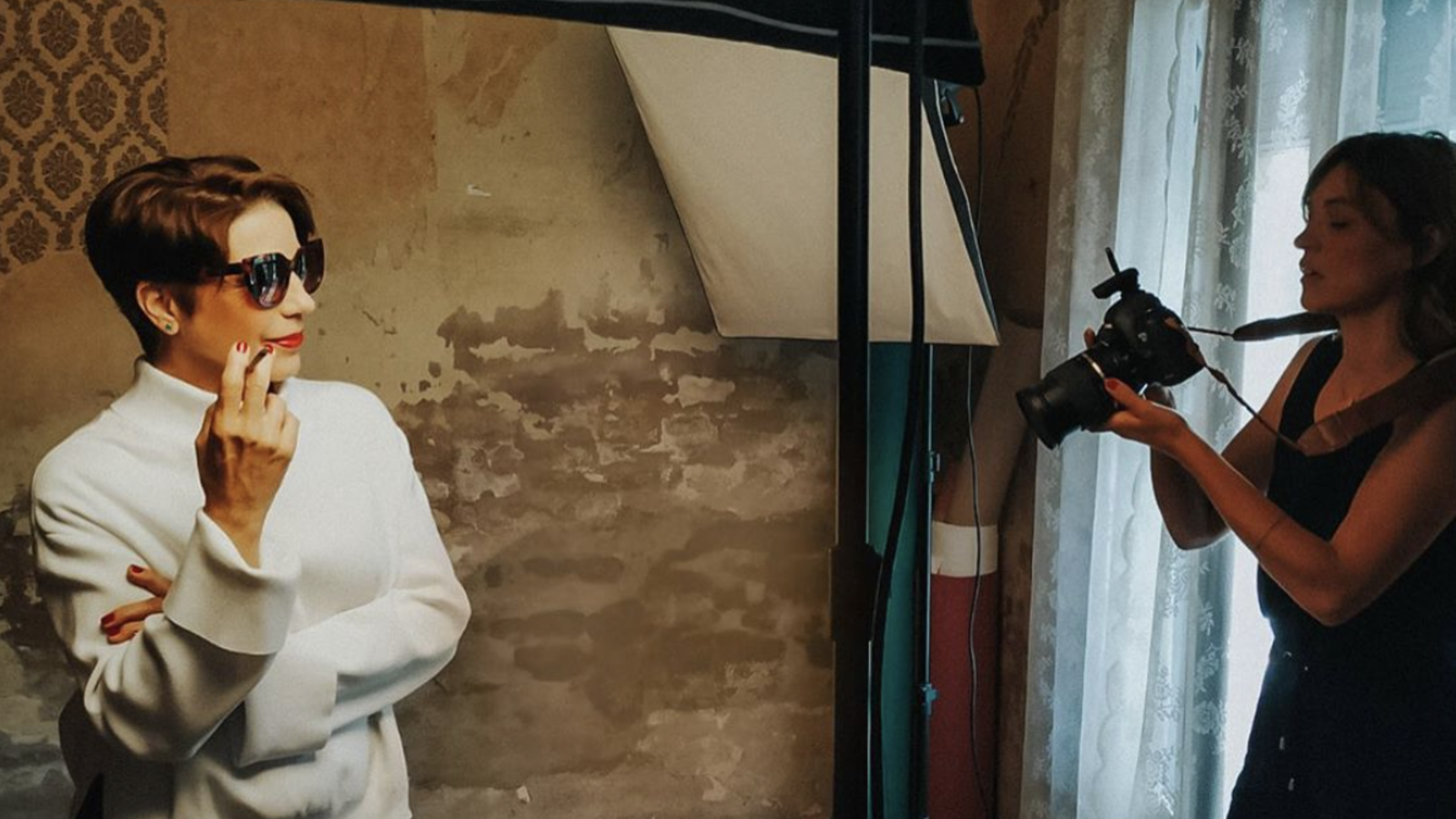 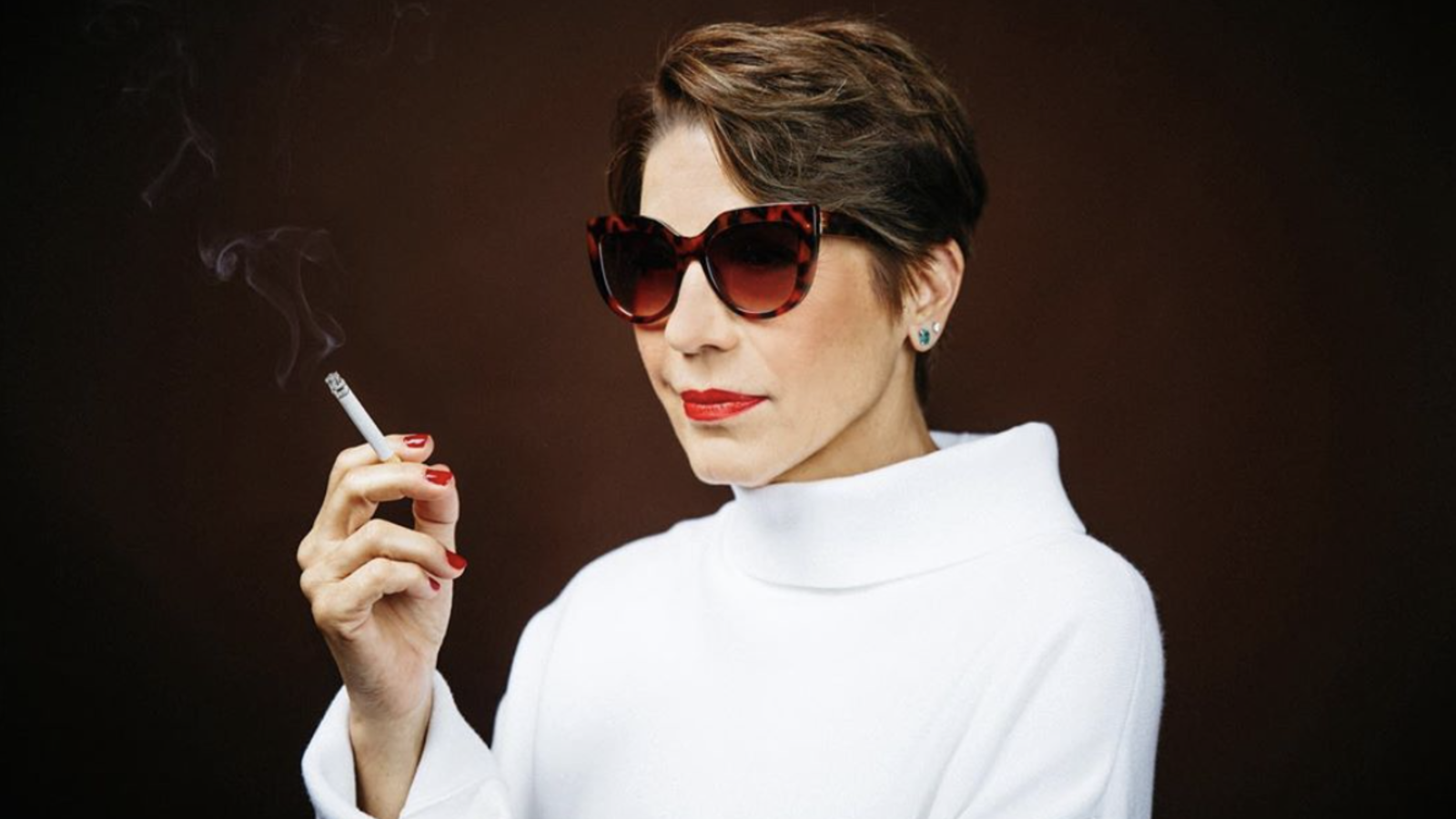 How do you prepare for your photo shoots?
Until recently, I always worked alone and there was an air of improvisation at my shoots. Lately, however, I've been asked to take promotional photos for bands' new albums or theaters' new shows, which require a great deal of preparation. I have to reflect on what I want to portray and how I can go about doing it, and it tends to be a team effort.

You often take artists' photos. What is your connection to the world of performing arts?
I have indeed met quite a few artists over the past few years. A group of women artists, myself included, established a network to support the other members any time they present a book, open an exhibit or make their debut in a new show. The group has continued to grow since then. You know how people often start a sentence with "a friend of a friend..."? Well in Barcelona, everyone really does know each other, and I often end up at the theater or at a concert when I'm not working.

Name a photo that means a lot to you? Why is it so special?
Not too long ago, I took some photos of a woman who wanted to capture the moment in which she shaved her head, something she had decided to do because she had started chemotherapy and her hair was really starting to fall out. She is an incredibly strong woman with a bright inner light. She confided in me that she had always wanted to shave her head and feel like a superhero, and that she wasn't going to let the opportunity pass her by. I haven't published the photos yet, but I will soon.

One project of yours, entitled QuinceaÃ±era, portrays a tradition that butts heads with feminist ideals.Could you tell us a bit about that experience and what message you are hoping to convey?
It's a project I did in 2012 while taking a class on signature documentary photography at El Observatorio. I chose this topic because I found the color palate so visually attractive, and because it allowed me to discover a shade of life that would have otherwise been difficult to see if not through photography. What jumped out at me most was the fact that it's the parents, rather than the young girls, who are most excited about the party. It was not my intention to judge at that time. I might address the topic differently now, although I don't know if I'll ever take it up again.

What's your relationship to jewelry? Do you like to wear it?What's your style?
For many years I never wore jewelry. Last year, though, I bought a pair of hoop earrings from Joidart's summer collection and I've been glamming up my ears ever since. I also like to wear thin necklaces that I don't even take off to sleep. Besides that, I'm prone to losing rings and I'm not really into bracelets. 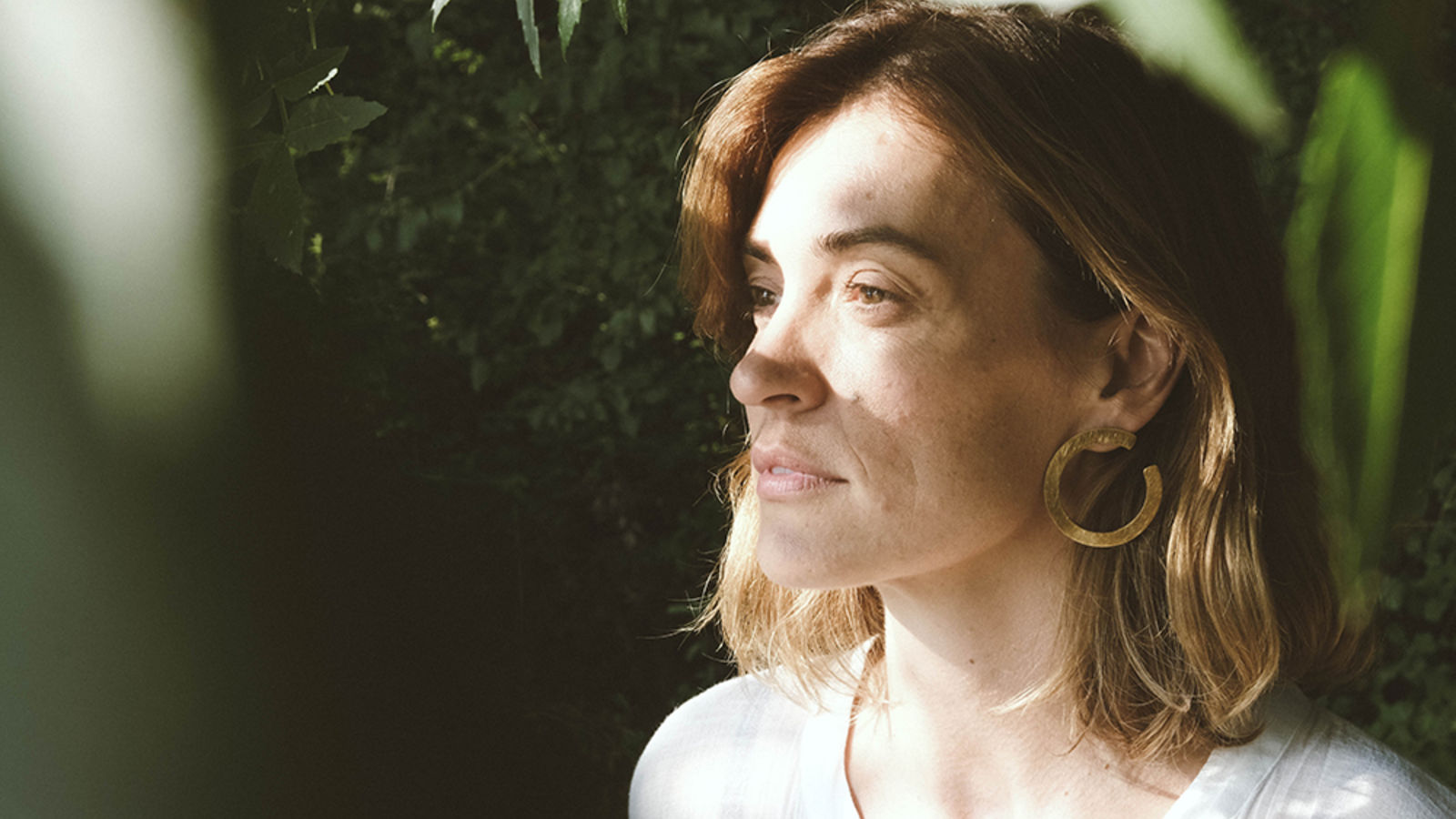 What do you like to do when you are not working?
Going out for a run! I love making it all the way around Lake Banyoles and jumping in for a swim afterward. I do this all year round, be it the middle of winter or during a heat wave, and I always put my earbuds in and listen to an album. I also really love taking my car to visit a friend without planning it beforehand. I can travel for miles if it means spending some quality time with someone I love.

Someone to photograph.
I've been wanting to photograph by neighbor Mati for some time now. He's talented and full of life, despite suffering an accident years ago, and he's got this unique beauty about him.

A work of art.
"Gogol", a song from Chilly Gonzales's albumÂ Solo Piano.

The perfect moment to take a photo.
What are your favorite Joidart creations andwhy?
The gold-plated hoop earrings, although I really love all the earrings from the Pregonda collection. The double-hoop earrings in particular are my absolute faves. As I tend to wear my hair down, you can only see them if I pull it back. I like knowing that you have to really pay attention if you want to catch a glimpse. 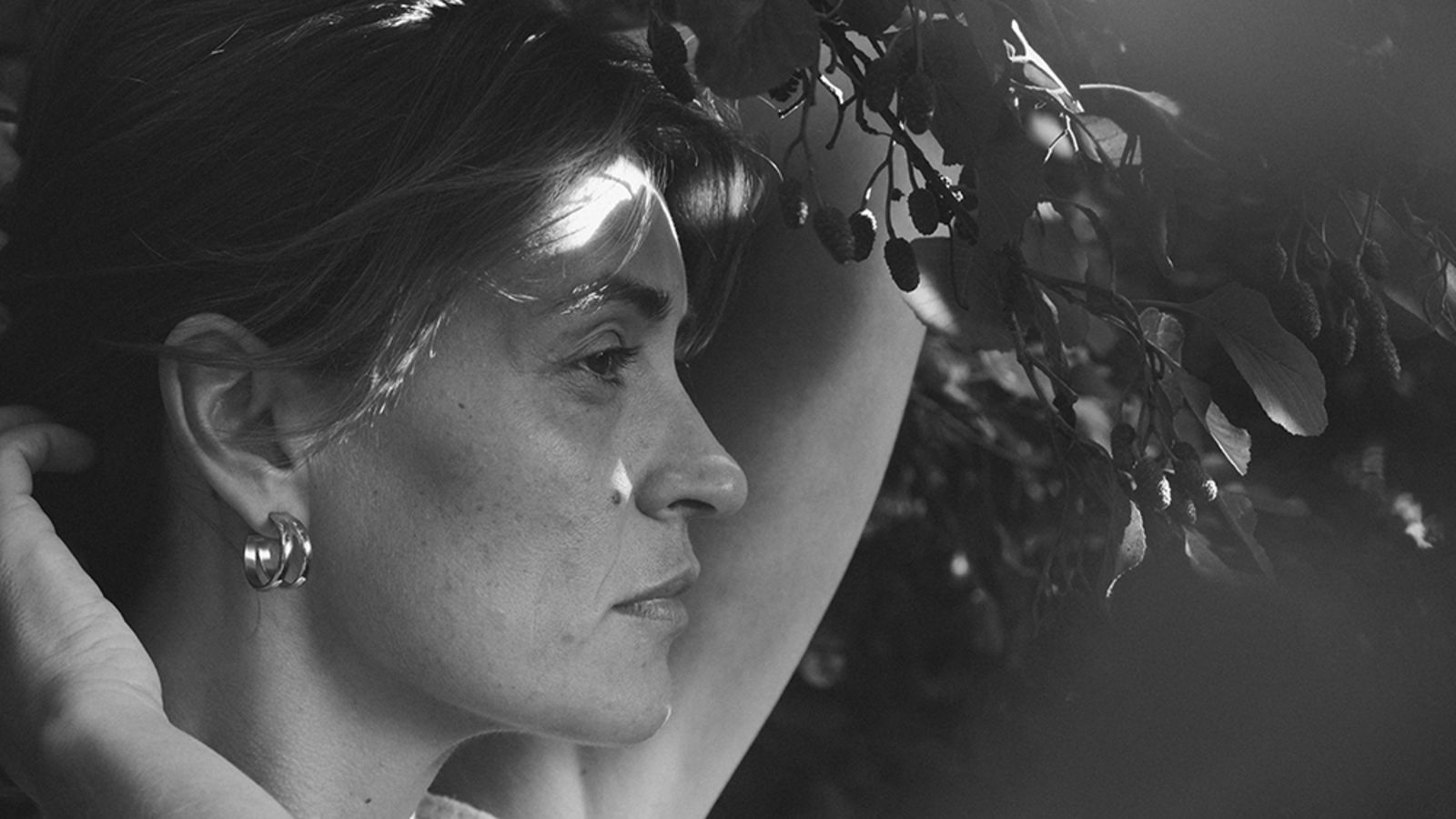 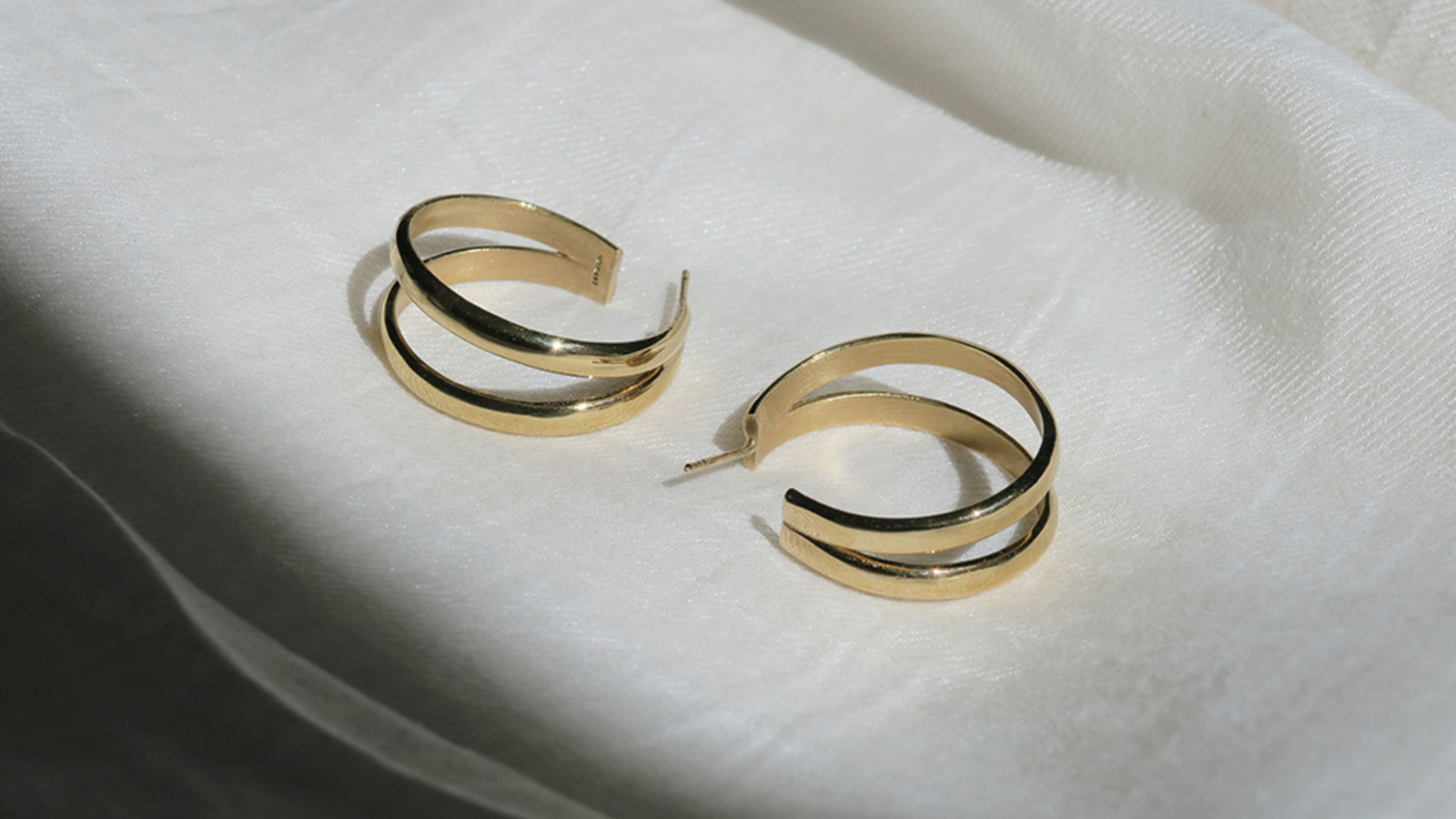 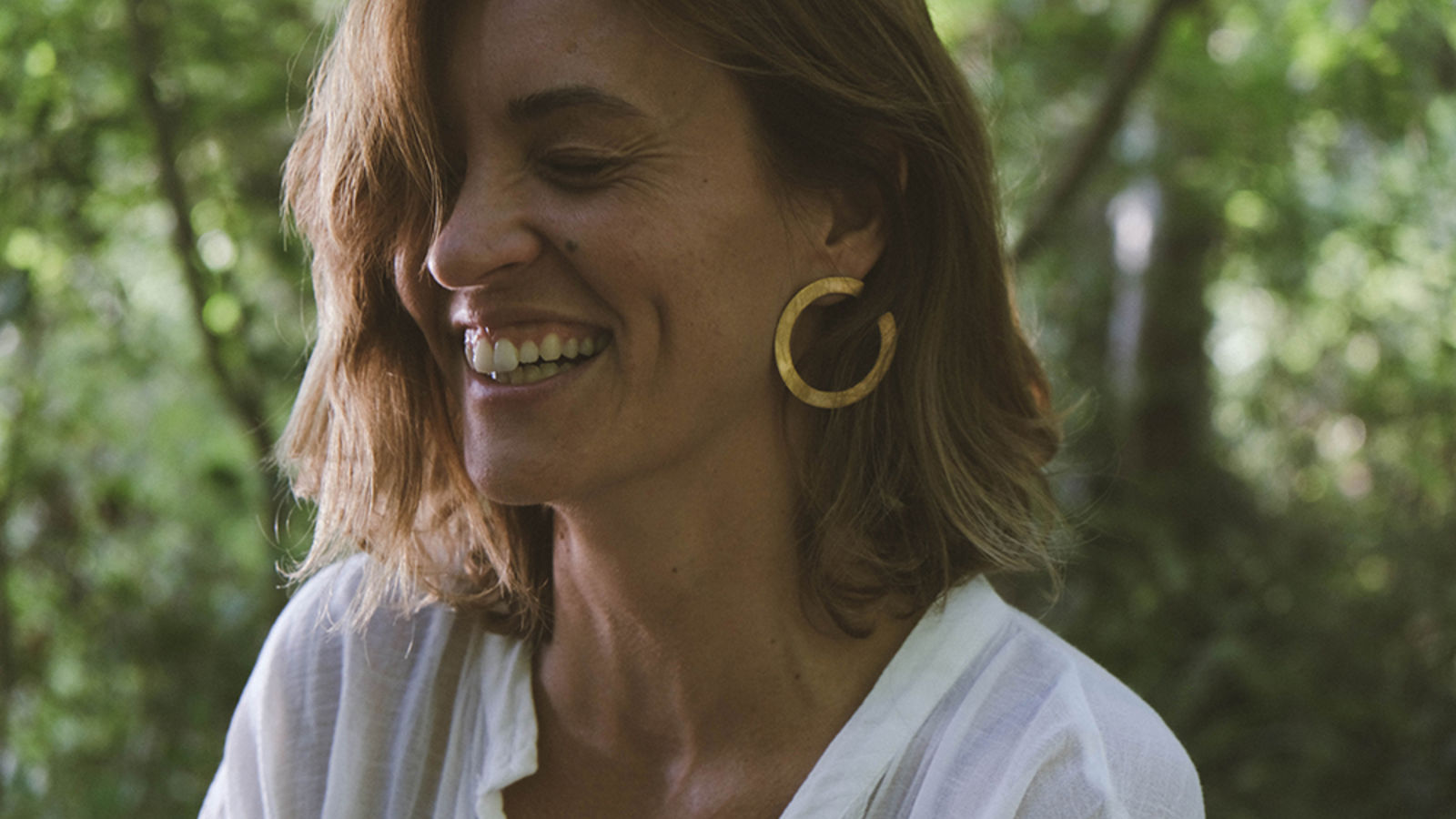 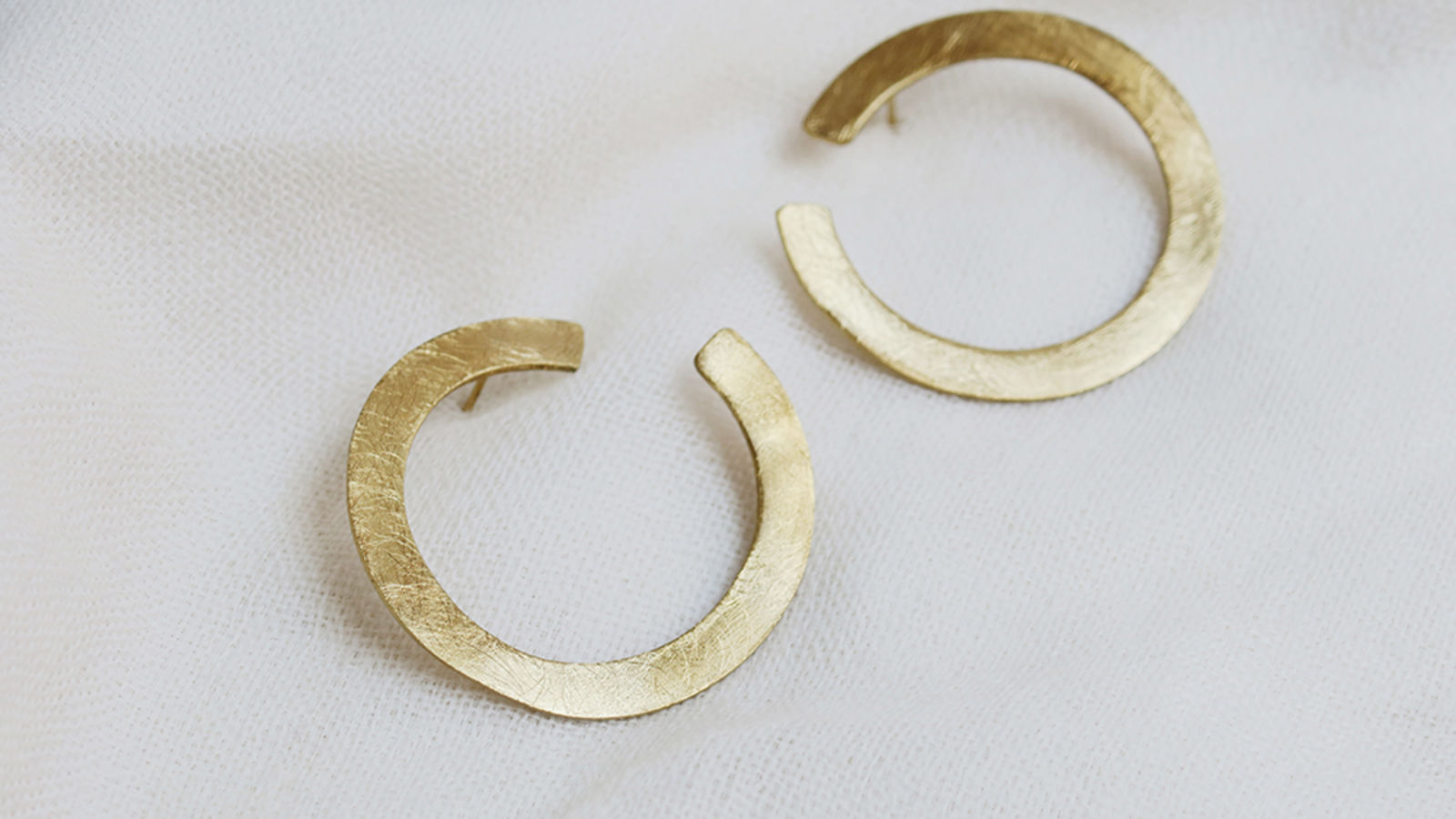 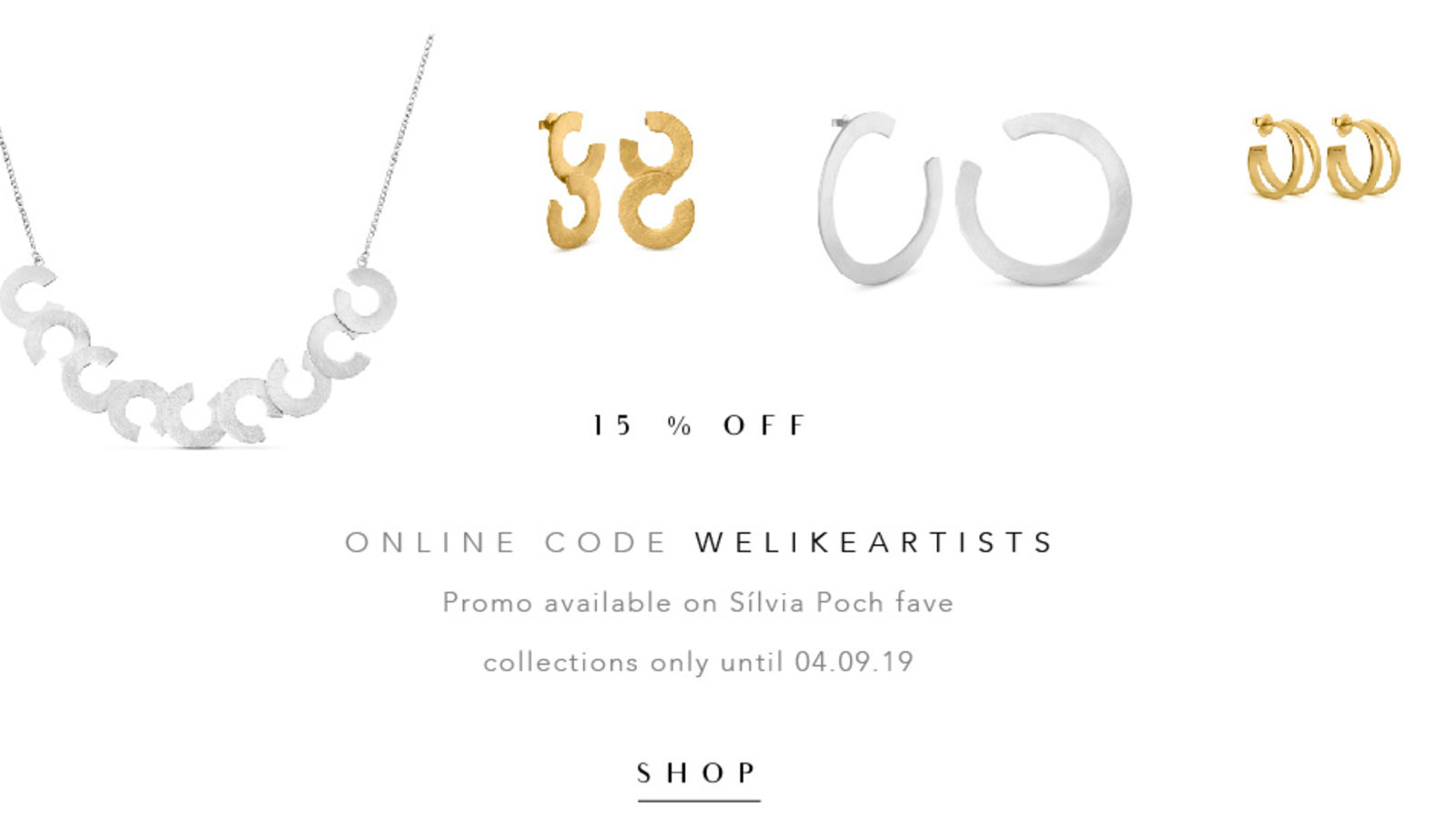